Today’s HERE WE GO post is written by videographer Andy Newman. Check out his most recent film: Portrait! It’s amazing.

Christopher Nolan (Director of The Dark Knight and Inception) used a particularly good trick on his first film, Following. Since he knew the camera work and audio production weren’t going to be exceptional, he shot the first key scene at his school. He used their professional grade audio and stabilization equipment to establish a level of quality, and to give him time to suck the viewer in with the story. Once you’re drawn into the story, which happens during this scene and in the first 10 minutes, you’re much more forgiving of the rest of the movie for some shaky handheld camera work and not-so-perfect audio. Don’t be shy about using any trick you can dream up to make your video better.

Aside from audio, the other tips are a bit more simple and straightforward. 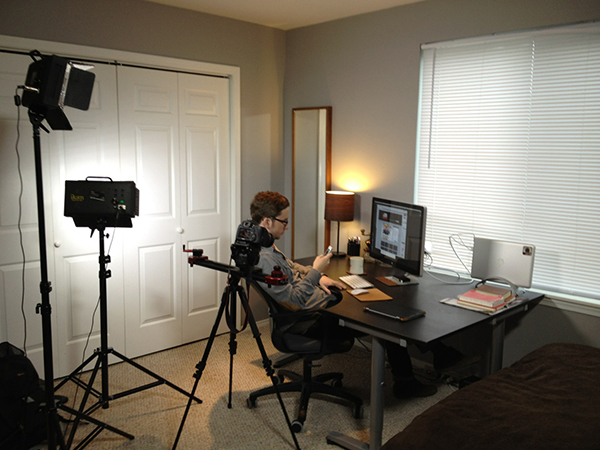 You don’t need a professional lighting kit to make a video look great. In fact, so many cameras like the Canon DSLRs are ridiculously good in low and natural light, so take advantage of it.

If you have a big window, sit your subject in front of that window. The would be known as your “key light.” Make sure it’s at a slight angle so they don’t squint from the sun shining in their eyes. Also, be on the lookout for shadows. Unless you specifically want the look of hard shadows on your subject’s face, it’s best to avoid it. What you can do is add another light source on the opposite side of their face, known professionally as a “fill light” to soften the shadows. A small lamp is perfect for this. I’ve even used an iPad at full brightness before.

If you’re looking for something a little more concrete, the outstanding video production team stillmotion put together a tutorial on how to light an interview for $26. 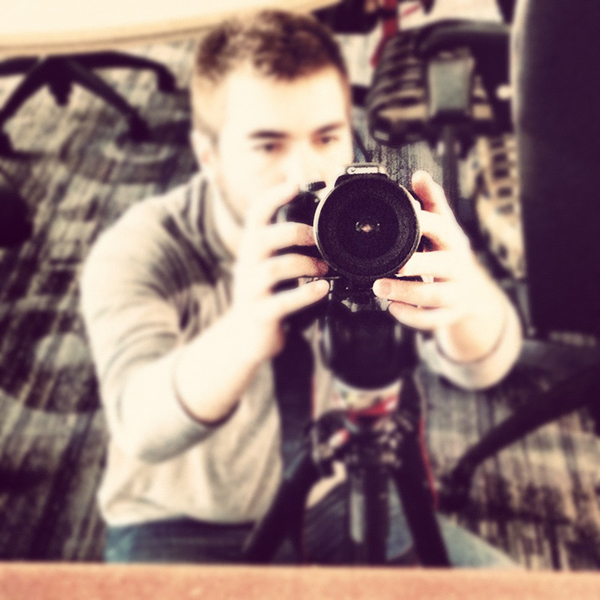 Finally, the last point is stabilization.

A shaky shot can turn people off, and even make some people suffer from motion sickness. Once in awhile, this can be used to great effect, and is often most associated with movies like The Bourne Ultimatum. Chances are you don’t want your video to look like an action thriller.

Place the camera on a table or counter. Find items to stack under it to raise its height, just make sure you hold it with both hands so it doesn’t tip over. A cheap tripod from Amazon can work wonders. Anything that increases your points of contact with your body and stable surfaces like a table or the ground will improve the image quality. If you must shoot handheld without any type of camera support, tuck your elbows as tightly into your sides as you can, and avoid moving too much.

For now, those tips should help you get started. Technical details will come later. If you know basics of photography, most of those details translate. ISO, shutter speed, aperture, frame rate. I’ll mention one more thing. Of those, there’s one in particular you need to look out for and it’s shutter speed. It should be as close to double your frame rate as your camera settings will allow. For 24p (24 frames per second), shoot at 1/50 (ideally 1/48) shutter speed. If you’re shooting at 60p, set the shutter speed to 1/125 (ideally 1/120).

I’m always willing to answers questions as best as I can, so tweet me or email me with any you might have.

Here We Go: A Guide to Re-Branding Your Blog