Things I’m Afraid To Tell You 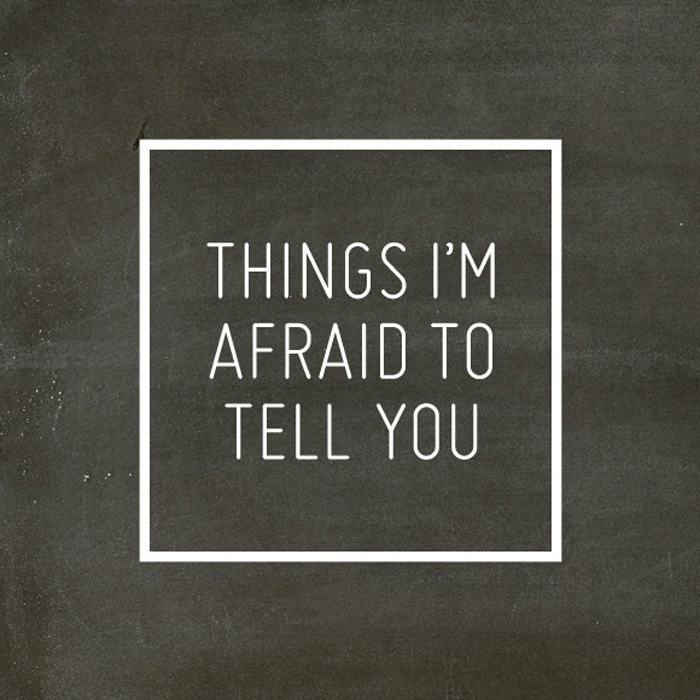 I was sincerely moved yesterday after stumbling across Creature Comforts’ post titled, “Things I’m Afraid To Tell You” (a post inspired by Jess Constable). I read her post followed by the many brave souls who really opened up and shared a lot. I decided that I wanted to follow their example and post my own today. Not because I love jumping on every bandwagon but the more I thought about it…I realized that I am no better than any one else and I truly long to be real with everyone I encounter. I spoke with Jess last night about this series of posts sweeping the blog world and we agree that it’s easy to blog about purses, travel and interior decor because then it’s harder to get hurt. Hurtful comments, judgmental assumptions and negative attitudes are too prevalent on the internet. My list of fears are a mix of serious & lightheartedness. Thanks for reading.

I’m a slob. Straight up. I don’t make my bed. I don’t like cleaning the bathroom unless I have to. I don’t even really like to shower (and avoid it if possible). Oh and I don’t have a dishwasher so…yeah.

I don’t miss people. That sounds so cold hearted but it’s true. In my adult life, I have only missed one person and that’s Adam (whenever I travel or am away from him). Everyone else? I do alright moving forward. This is a blessing and a curse. While I don’t have to deal with much heartache, I think I can slowly destroy friendships because of this.

I think Ryan Gosling is repulsive. It’s true. Simple as that.

I’m often afraid I’ll place work before the things that really matter to me. I have this thing where I know work isn’t my top priority but my actions tend to reflect otherwise. I’ve been having a difficult time lately trying to find balance and HATE the phrase, “This is temporary. It’ll be worth it in the end.” I could die tomorrow. Why would I want to “push through” an entire year of my life just for something that might happen.

I’m afraid I’ll work for myself full time next year and completely fail. The projects are coming in steadily now and my ultimate fear is that I’ll quit my day job and that will all stop.

My biggest fear is that I’ll be arrested and found guilty for a crime that I didn’t commit. Yeah, I’m weird. But that would SUCK.

So that’s me (a very small glimpse of me). What are you afraid to tell?