Today’s City Guide is brought to you by Fiona of The Corner of the Internet I Call Home!

Trying to create a guide for London without dividing it up somehow was impossible. So many Londoners see the river as a wall; separating the North from the South. I’ve used the same scheme, just for simplicity, but clearly you might want to dip into both parts of the city if you come and visit. Finally, I’ve included the nearest tube stop in square brackets for most destinations – buying an Oyster card and using the tube & bus network is really the only way to see London!

North London contains the larger part of the city, encompassing the West End, the East End, the tourist mecca of Camden, and the beautiful greenery of Regents Park, Hyde Park, Primrose Hill and Hampstead Heath. These areas are typically covered by any tourist guide, and you can lose yourself in these places alone for a good few days! 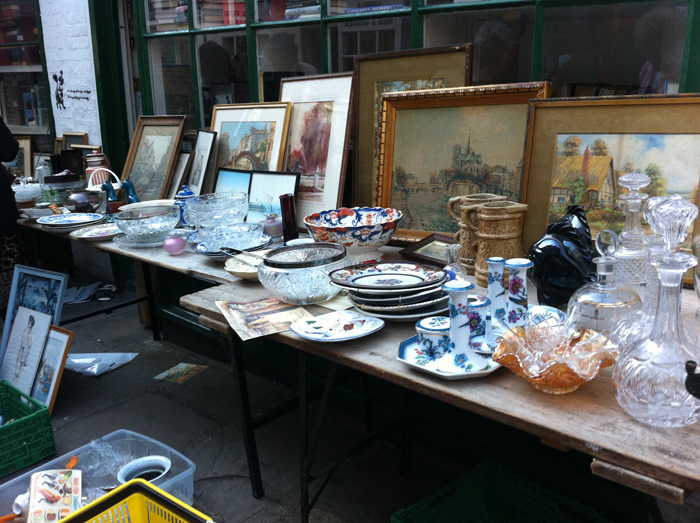 Starting in Hampstead [Hampstead, Northern Line], you can almost imagine you’re hundreds of miles from London – the windy lanes and traditional English houses make it a lovely place to explore. The main street has become increasingly chain-dominated, but there are still a few antique stalls down Flask Walk which can be fun to browse. Rather than heading back underground, I’d really recommend the walk down the hill to Camden. It takes about an hour, but you can break your journey for lunch in a pub like the Rossyln Arms. It’s an affluent area, and the houses are lovely, and on a sunny day it makes a great little break from the busyness of the centre. Camden [Camden, Northern Line] itself is incredibly touristy, and most places should quite simply be avoided. However, the Stables market is in an amazing building, where the workhorses for the neighbouring canal were housed, so might be worth a peek before you pop back into onto the Underground. 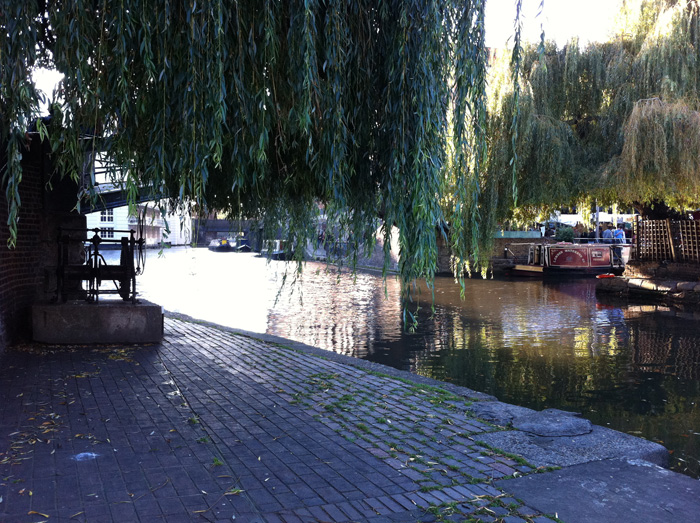 A favourite spot of mine in north London is the Barbican [Moorgate, Northern Line], which divides opinions with its 1960’s architecture. It houses an art gallery, a concert hall, several restaurants and cafes and has a large residential section. It’s rarely busy (which is a welcome break after somewhere like Camden), so you can grab a coffee from the Foodhall and sit by the central pond and admire or despise the towering concrete walls.

From the Barbican, it’s a short (but easily confusing!) walk to Farringdon [Farringdon, Hammermith & City/Circle/Metropolitan lines]. This is a relatively trendy area, with media industry workers spilling out around pubs in the early evening. La Cucina next to Smithfields market, is a small family-run restaurant, and finding better Italian food at that price is near on impossible.

Every area of London has its own nightlife “type”, so it’s worth researching if you’re keen for a particular type of music. My all out favourite pub-venue in the city is the 12 bar on Denmark Street [Tottenham Court Road, Northern/Central lines] where folk, punk, and blues are all equally likely to be played.

The one drawback to south London is the lack of the Underground – only a small percentage of the London Tube stops are south of the river, and instead a network of overground trains and buses connect the area.

If you’re keen enough, getting up early to visit one of the south London markets is an experience far detached from the tourist trail. On a Saturday, Deptford Market [New Cross, Overground or Deptford Bridge, DLR] lines a street with crockery and food stalls, but the real gem is the flea market round the back. Only time-honoured locals are allowed to barter (seriously – I’ve seen people get barred!), but the prices are very cheap. Bermondsey market [short walk from London Bridge, Northern/Jubilee lines] on Friday mornings has a fantastic history, once being the spot where thieves were legally allowed to sell stolen goods. It’s still an amazing antiques market, and the best time to visit is 5am, when the place is bustling with antiques dealers coming to make an offer on all the best goods.  If you need your beauty sleep, Borough Market [London Bridge, Northern/Jubilee lines] is a great food market, although years of renown have pushed prices up – still, a venison burger from there is worth every penny! The market runs Thursdays to Saturdays until 5pm, but other days of the week there are still some great permanent shops which make the trip worthwhile.

For the geekier visitor, the tiny Brunel museum [Rotherhide, Overground] is a great stop. Brunel is lorded as one of the greatest Britons ever, having propelled British industrial innovation forward almost singlehandedly. But one of his less known accomplishments is the digging of a tunnel under the Thames which predates the London Underground system significantly. This work of Brunel Sr. and Jr. is the focus of this small museum, and walking tours are available on Tuesdays and Sundays, which take you into part of the original tunnel. They also host some great evening/night activities, which you can find out about here. 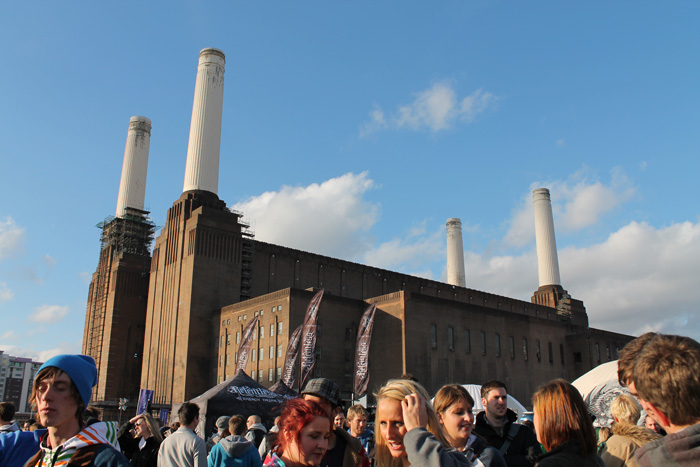 One of the most striking silhouettes on the Thames bank is that of Battersea Power Station, decommissioned in the 1980’s, and now used for various events. It’s an iconic building, with a typical 1930’s design. From there, you’re well placed to explore one of the loveliest parks in the city. Battersea Park, unlike Hyde Park and Regents Park which are dominated with tourists, is a park for local people who jog, play football and walk their dogs. 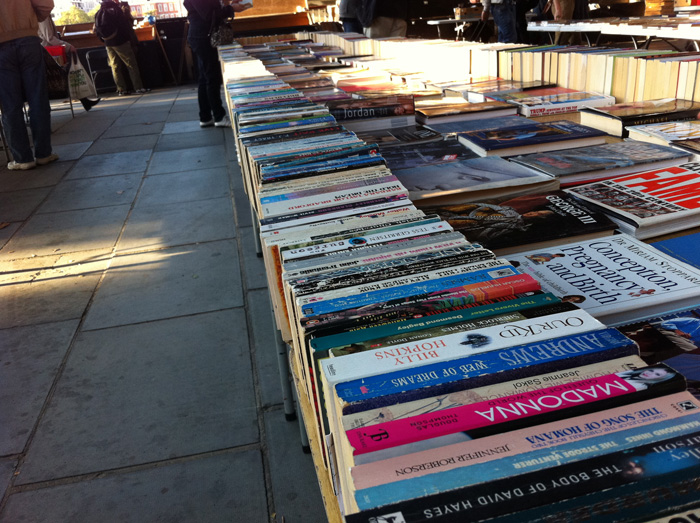 The one ‘touristy’ spot in London I can’t get enough of is the South Bank [Waterloo, Northern/Jubilee lines]. The stretch from Waterloo Bridge to London Bridge is rammed with cafes, restaurants and venues. The British Film Institute and the Royal Festival Hall both have great cafes and bars inside, and the Royal Festival Hall often hosts free concerts and recital in the entrance floor, so you can enjoy some live classical music with your wine. Next to these is an open air secondhand bookstall, which you can browse through as you continue your journey downstream. Rather than paying 15 pounds to take the London Eye, the OXO Tower has a free viewing gallery which has a spectacular view at sunset. 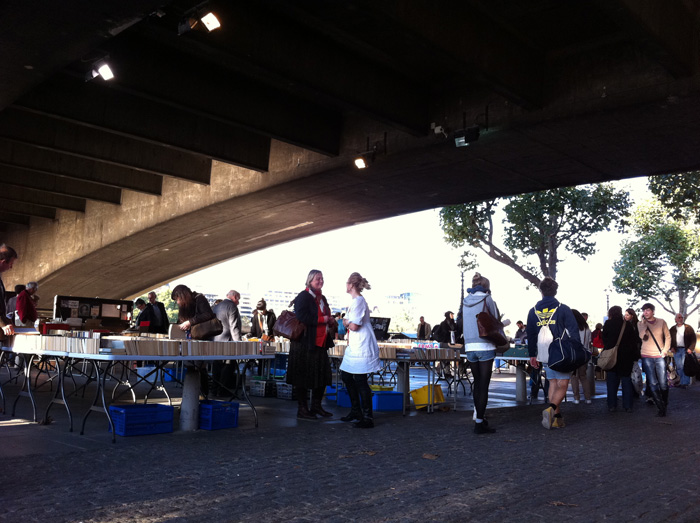 This all puts you in walking distance to my favourite restaurant in the world. Brindisa in Borough Market [London Bridge, Northern/Jubilee lines] originally began as a Spanish foods importers, but quickly realised that they had all the ingredients for a fantastic tapas restaurant. You can’t reserve a table, so don’t arrive hungry! Instead, get your name on the chalkboard and grab a bottle of Rioja from the bar and nurse a glass while you wait for a table.

A huge thanks for Fiona for contributing a city guide to one of my favorite cities! Be sure to visit her blog and follow her on Twitter!