Today’s City Guide is brought to you by Andrew Neel, Rebekah Neel, and Josh Ohms (all living in Chicago, Illinois)!

First off, Allie is awesome for having people do these city guides, and she gets the biggest of props from us here in Chi-town. Thanks, Lehman!

To be true to the spirit of Chicago, this guide is divided up by neighborhoods, just like the city itself. If we were to cover all the diverse sections of Chicago this guide would take over Allie’s entire site, so to keep it small we highlighted some of our favorite places in just a few areas of the city. 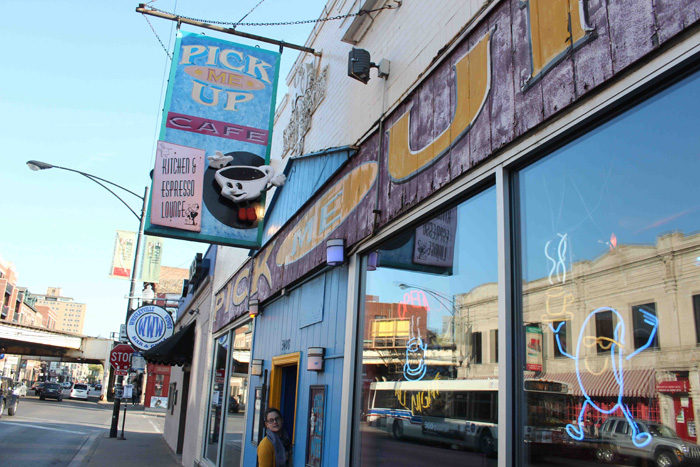 If you ever find yourself near Wrigley Field, go eat at the Pick Me Up Cafe if you’re a fan of buffalo chicken, breakfast foods, milkshakes, coffee, vegan cuisine, or all things that are good and enjoyable in the world. 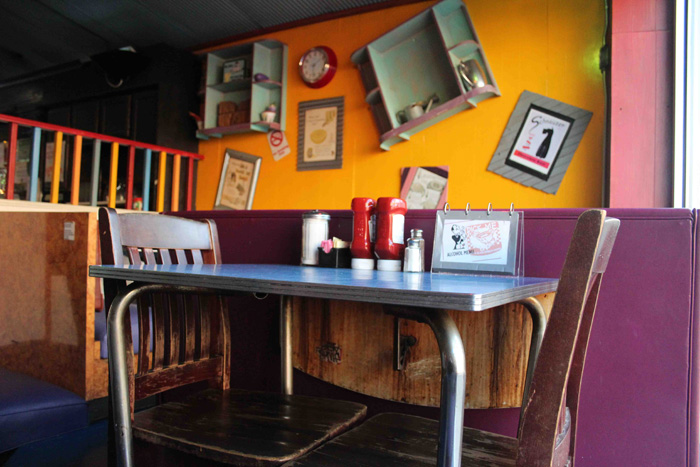 This 24-hour, always-open and always-tasty spot has a great vibe and a better menu. The buffalo chicken wrap is so good it caused Andrew to give up his Lent restaurant fast to eat it again, and the omelettes are BAMF. No, seriously, that’s the name of the the best breakfast dish on the menu: The BAMF omelette, which includes spinach, feta, garlic, tomato and the fulfillment of culinary dreams. Go there for food. Go there for milkshakes or coffee. Just go there. 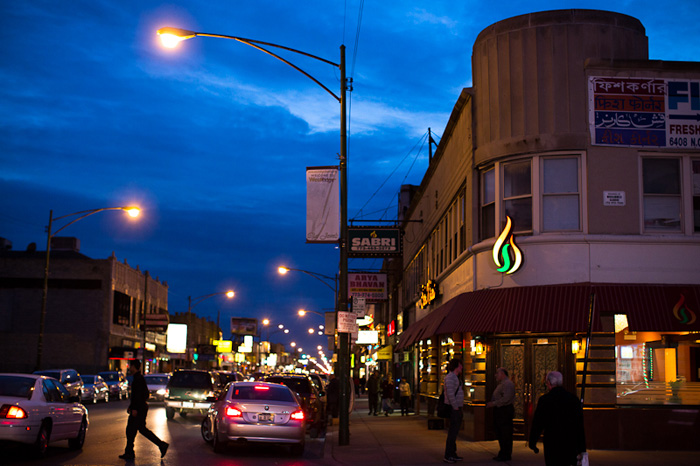 One of the most visually vibrant places in Chicago is up on Devon Avenue (specifically between Ravenswood and California), where you’ll find Pakistani, Indian and a variety of other cultures beautifully compressed together. 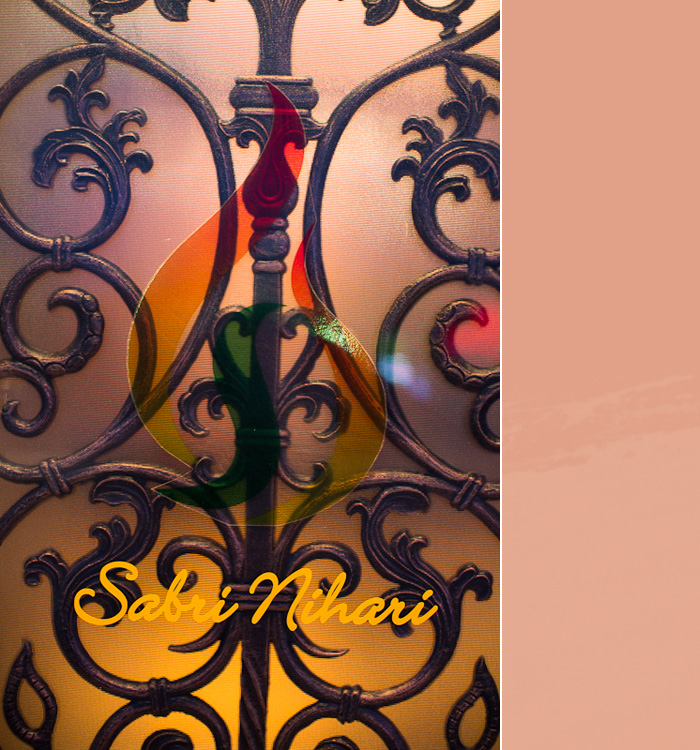 We explored the neighborhood and settled on eating at the Pakistani restaurant Sabri Nihari. This turned out to be a monumentally good decision. 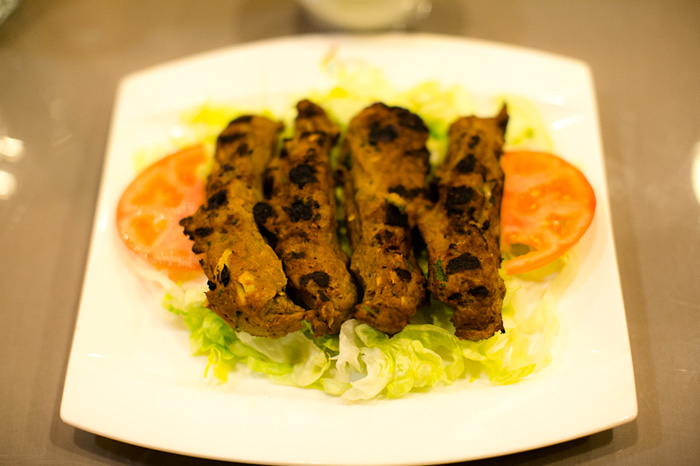 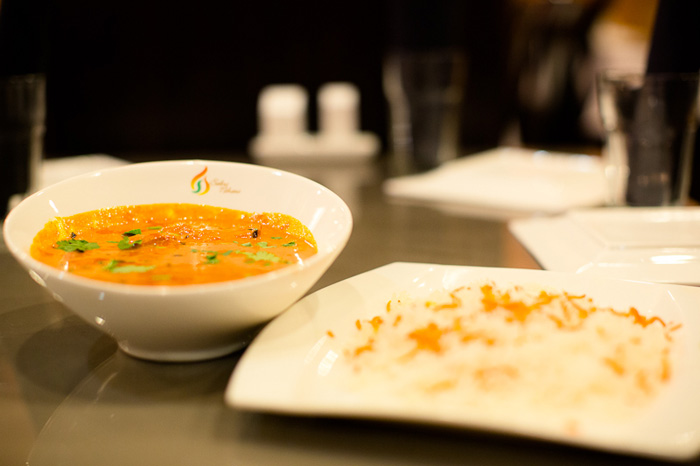 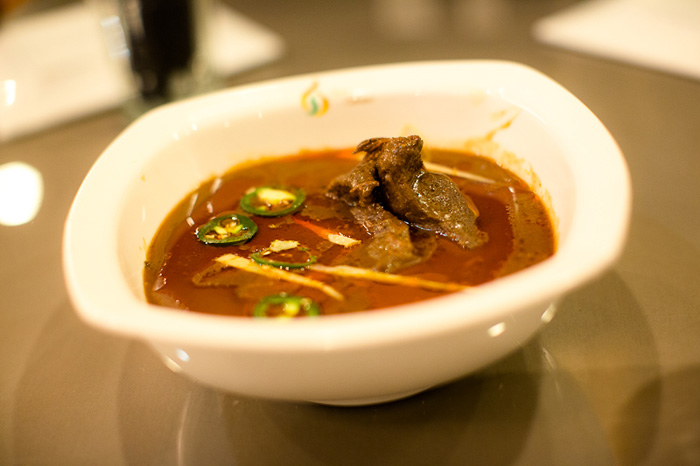 Upon hearing that we wanted to take pictures of our food, the owner graciously invited us to eat with him and the restaurant’s top chef at their table. We were treated to beef kababs with raita, chicken makhani with rice, their eponymous sabri nihari beef with naan, and a variety of other outstanding dishes. Everything was succulent, well-seasoned and, ultimately, pretty dang delicious. The owner also let us photograph newly-prepared dishes on a table they set up just for us, which was an unexpected and surreally cool experience. 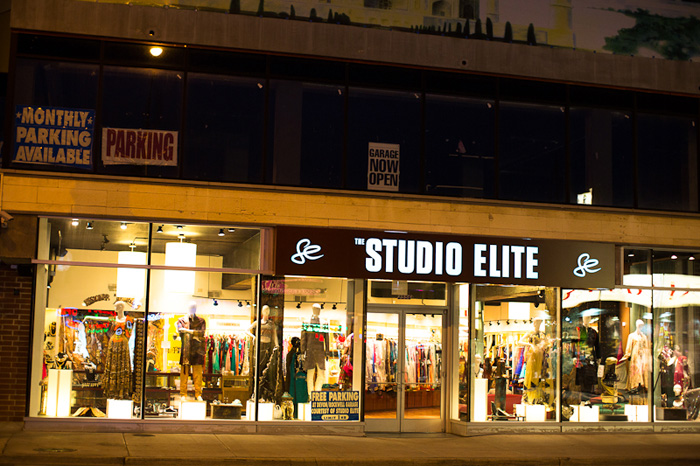 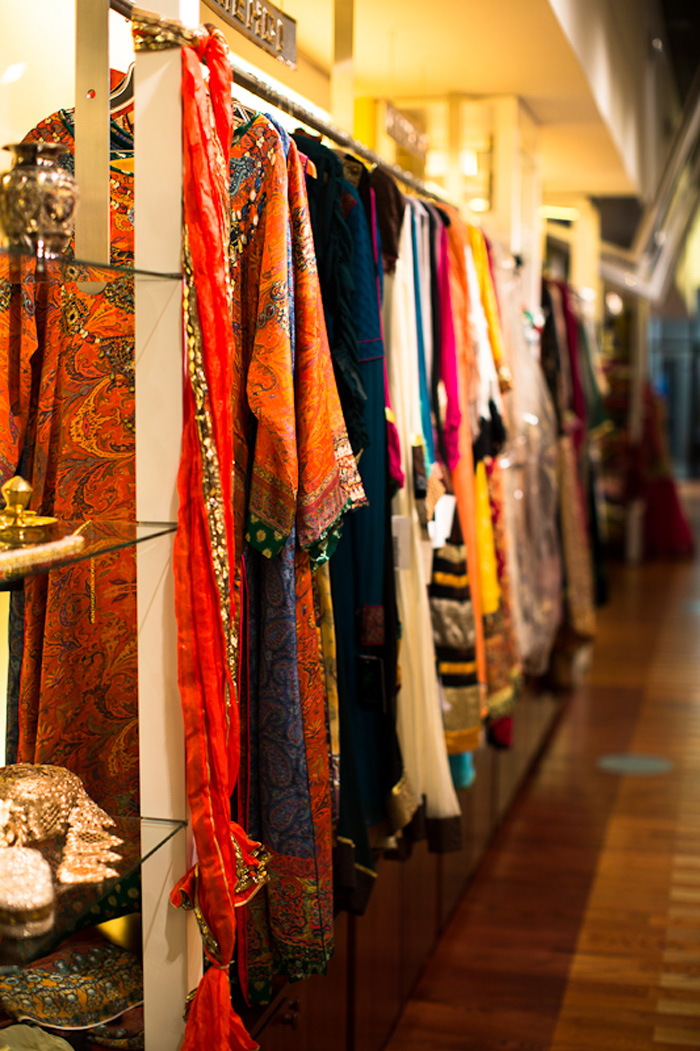 While on Devon, we also stopped by the clothing store Studio Elite, not because any of us is in the market for a Sari, but because the interior was gorgeous and filled with vivid colors. We’re fans of frivolous window shopping – if you can’t afford to buy anything anyway, you might as well look at the coolest stuff possible. (All photos taken in Devon were taken by Josh.) 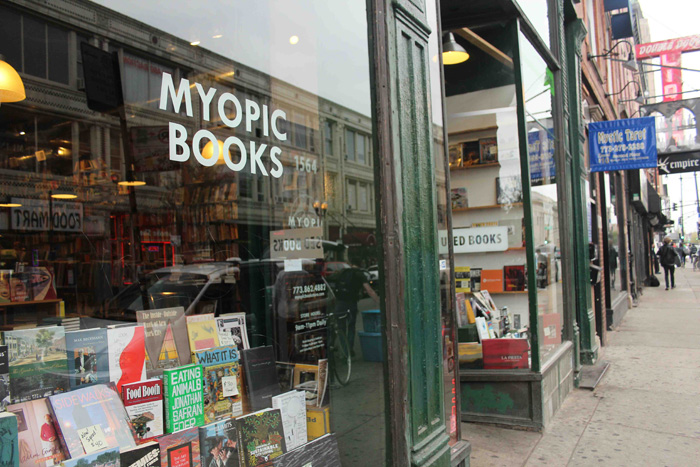 Wicker Park is one of Chicago’s trendiest neighborhoods and a nucleus of awesome. And what’s more awesome than an independent used book store that sells real life books you can see and touch and smell? Nothing, that’s what. Myopic Books has a bizarre and extensive selection, and you’re guaranteed to spend hours searching through its voluminous shelves (according to the store’s site they carry more than 80,000 editions). 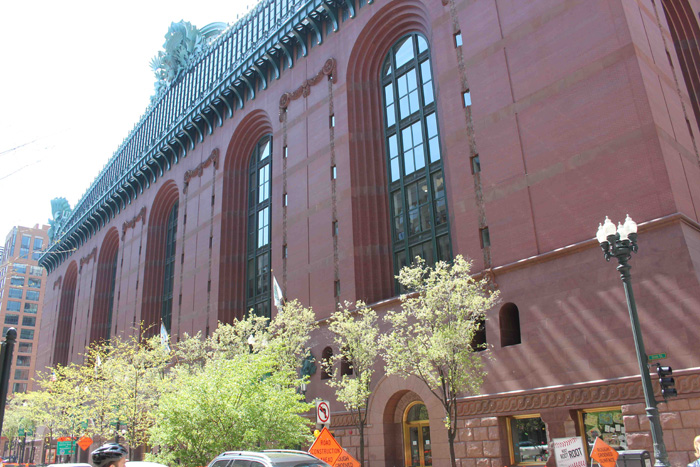 For a finale, we’re advocating the fun and free activity of visiting Chicago’s Harold Washington Library Center in the heart of the city. Not only because learning is fun (which it is, kids!), but because the top floor features a breathtaking, massive open space with reading tables and a cool view of the skyscrapers that encompass it. We took a picture of the outside, and we’ll let you discover exactly what the top floor looks like for yourself sometime.

A huge thanks to these three for showing us around their city!Andrew is a writer and filmmaker currently working on a feature film project. Rebekah is an artist who specializes in prints. Josh is a photographer extraordinaire. All three love Chicago.