Intervention and The Battleship Potemkin

I recently watched Arcade Fire’s “Intervention” music video and realized that I had never seen it before. It is made up entirely of Sergei Eisenstein’s iconic 1925 film, “Battleship Potemkin.” The film presents a dramatized version of the mutiny that occurred in 1905 when the crew of the Russian battleship Potemkin rebelled against their officers of the Tsarist regime. The Battleship Potemkin has been called one of the most influential propaganda films of all time, and was named the greatest film of all time at the Brussels World’s Fair in 1958 (information found on Wikipedia).The video is heartbreaking to watch. Has anyone seen the entire film?

Below is an image of one of the film’s posters. Beautiful. 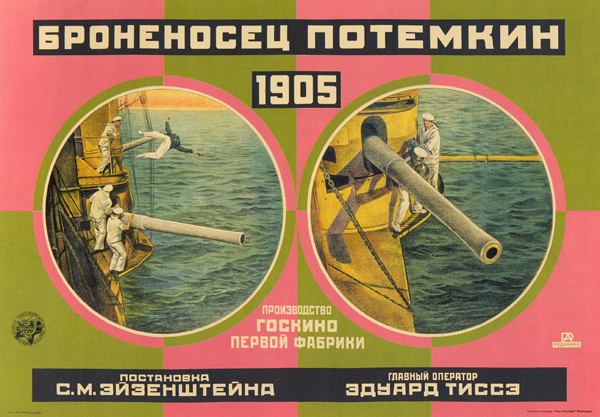