This week’s MEET features one of my favorite bands, Kopecky Family Band. Band member Kelsey Kopecky was sweet enough to participate in the interview after traveling back from SXSW where they were performing. I met Kelsey about four years ago in Nashville while she was attending Belmont University and I’ve always been a fan of her music. Kopecky Family Band consists of Kelsey Kopecky (Vocals/keys), Gabe Simon (Guitar/Vocals), Ben Kaufman (Violin), Corey Oxendine (Bass), David Krohn (Drums), Steven Holmes (Lead Guitar), Markus Midkiff (Cello). They are located in Nashville, Tennessee and you can listen to their music here or follow them on Twitter. Their new album “The Disaster” is out May 2010 but you can download a couple tracks off their site for free! Enjoy the interview and enjoy the beats. 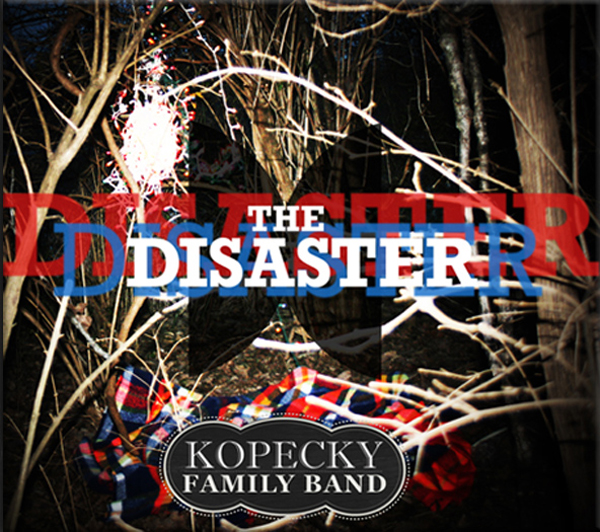 01. At what point in your lives did you know you’d be musicians? We all come from all over the US and met at Belmont University in 2007. Our musical backgrounds vary.. but mostly we are classically trained music enthusiasts that love creating art. I personally, (Kelsey) knew I wanted to be a singer when I saw a Monterrey pop festival documentary of Janis Joplin performing “Ball and Chain” at my grandma’s house. Everything about her passion and messy honesty won me over.

02. Do you have another talents, passions, or hobbies? David enjoys a great record and the latest tech news. Kelsey likes rock climbing and origami, Gabe loves video games, Markus likes to play chess, Steven likes traveling to his birthplace in the Philippines, Corey likes meeting new people and native American culture, Ben likes to drink coffee in the morning and tell jokes. 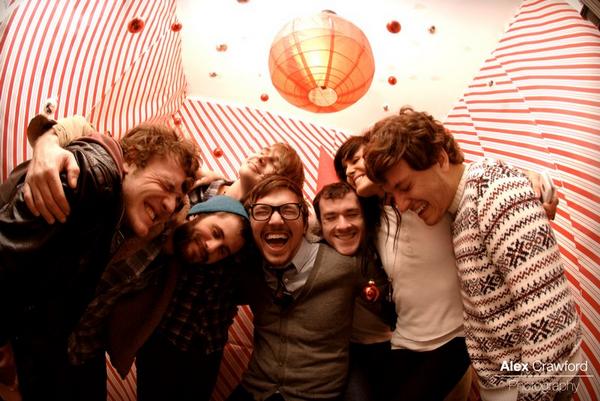 03. Where has your encouragement come from? We all come from great families. On our tours we’ve had the privilege of visiting the home towns of almost all 7 members. Each home is warm and welcoming. I think the support of our families and encouragement to sharpen our craft as musicians is the reason we are able to do what we do.

04. What inspires you? Gabe is inspired by ALL THINGS VIDEO GAMES! He’s probably the most talented video game player I’ve ever seen. I like to watch him play. It’s pretty wild. 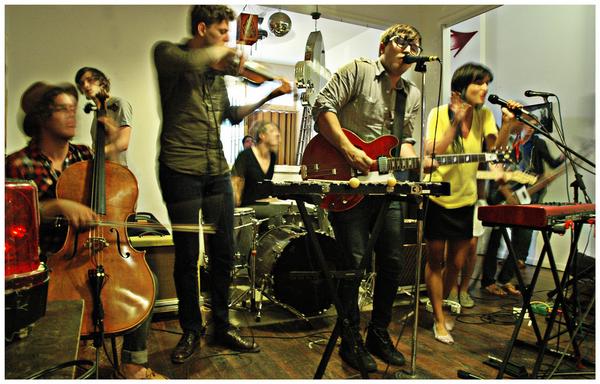 05. What has been you favorite piece of someone else’s art up until this point in your life? I know David, our drummer would probably say his record collection. David really cares about genuine artistry and the person behind the music. His favorite’s include Black Rebel Motorcycle Club, Jack White, Bill Withers, Al Green, and of course The Beatles.

06. Is your music full-time? If so- what has that experience been like? Right now we are juggling school, part-time jobs and touring and recording. It’s definitely a struggle. The need to make music a priority in hopes of it being able to be a priority while paying your phone bill is a challenge. I think we do a good job of balancing it all. David is at Belmont finishing up his Music Business degree.. working part time at the Rock Climbing Gym. Kelsey is a Belmont graduate (Dec 08) and works at a hair salon called Fruition. Gabe is a student at Belmont studying Entrepreneurship. Corey is also a student studying Audio Engineering. Ben is a Marketing student at Belmont working part time at a sushi restaurant. Markus plays cello as a studio musician when possible and does valet parking. Steven is working at Urban Outfitters. We are busy kids who have made weekly practices a priority for 2 years. 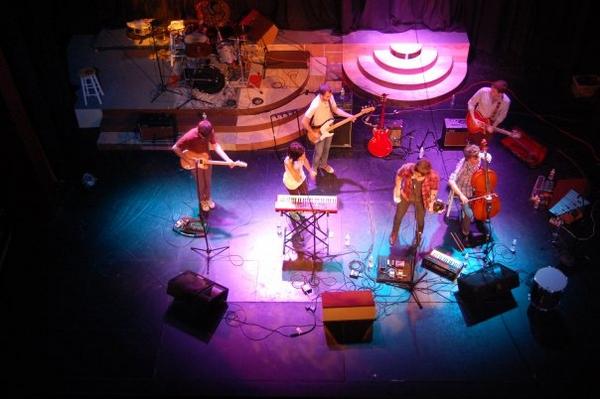 07. Do you think you have a specific style? What is that style and do you see yourself evolving out of that anytime soon? Because of the wide array of influences that each of us has on an individual level, our music can’t help but have a somehow pleasant bipolar personality.  There are moments of intricate string movements that are outlined by moving drumbeats, vocal melodies that are both emotionally deep and catchy, tempos that challenge our classical brains to think…a little bit of everything. I like that our music has an element of intelligence and sass. It’s like a smart pop song that makes you want to listen closely. It’s constantly changing. Every practice we are writing a new song that is completely different than the last. But somehow the familiar “kopecky-ness” is in all of our songs.